In a British Medical Journal (BMJ) editorial published on July 6th 2016, Danny Dorling, Professor of Geography at the University of Oxford, says, in contrast to other European states: the UK has been systematically underfunding education and training, increasing student loans and debt, tolerating increasingly unaffordable housing, introducing insecure work contracts, and privatising the services the young will need in future.

The UK has benefited greatly from the immigration of healthier than average young adults, educated at someone else’s expense; many of whom work in our health, educational, social, and care services: Their arrival reduced heath inequalities and improved our overall health.

Austerity had a major role with people who had long term care needs dying earlier. The health and social services crises “will deepen as national finances deteriorate and as it becomes harder to recruit and retain staff from the European mainland.”

Contrary to popular belief, 52% of people who voted Leave in the EU referendum lived in the southern half of England, and 59% were in the middle classes, while the proportion of Leave voters in the lowest two social classes was just 24%. Almost all other European countries tax more effectively, spend more on health, and do not tolerate our degree of economic inequality. To distract us from these national failings, we have been encouraged to blame immigration and the EU. That lie will now be exposed.

Most people younger than 50 who voted, voted to remain. But rather than blame the older generation, their ire should instead be directed squarely at all the post 1979 UK governments that have allowed economic inequalities to rise so high; that prevented a fair proportional voting system being introduced; that have harmed people of all ages; and that have placed future generations in peril.

Read more on this website and at the BMJ 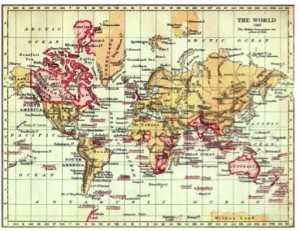