If you are a little older than I am, then you may well remember worse pandemics than that of 2020. While we are still living though this one, we can mostly only speculate as to how it will finally rank; but by the late summer of 2020 mortality from the disease was very low – and we could start to compare. Because we did not lockdown in the past, because the population was younger and often smaller, we tended to not see the pandemics of the 1950s in anything like the light that we view this one. And in the 1950s an influenza pandemic was far from being a new phenomenon. To get a sense of what a new pandemic felt like in the past, this talk (in a field in Warwickshire) began with the 1854 Cholera epidemic, and London. Press play to hear the talk, or click here to learn about the socially distanced toilets. 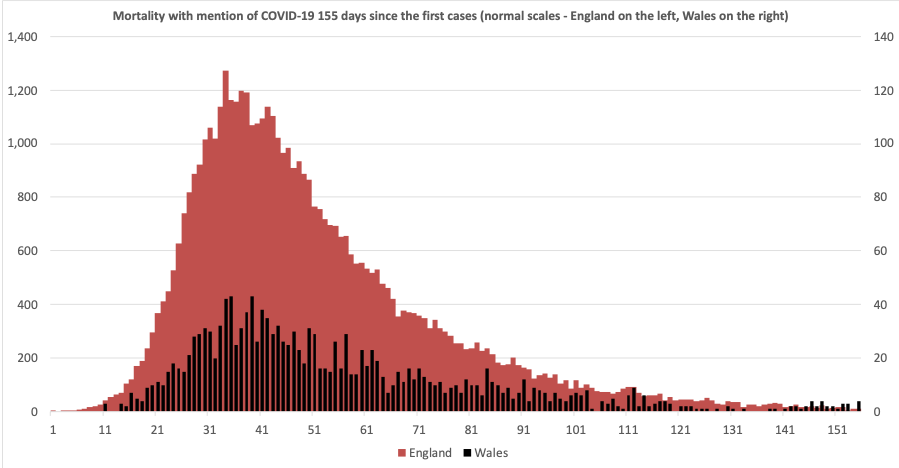 The first 150 days – mortality in England and Wales with COVID-19 by date of occurrence.

When did we last know so little about a disease that we feared so much?

In Oxford a doctor called Henry Wentworth Acland, plotted cases of cholera on maps of that city. He noted that the number of times the sound of thunder supposedly unaccompanied by lightning, was heard in the city in the three outbreak years was 2, 8 and 4 respectively (Acland, 1856, page 62). He contrasted that with the figures for many other years. Thunder occurring without lightning was then seen as just another of many hundreds of possible causes of the cholera outbreaks. 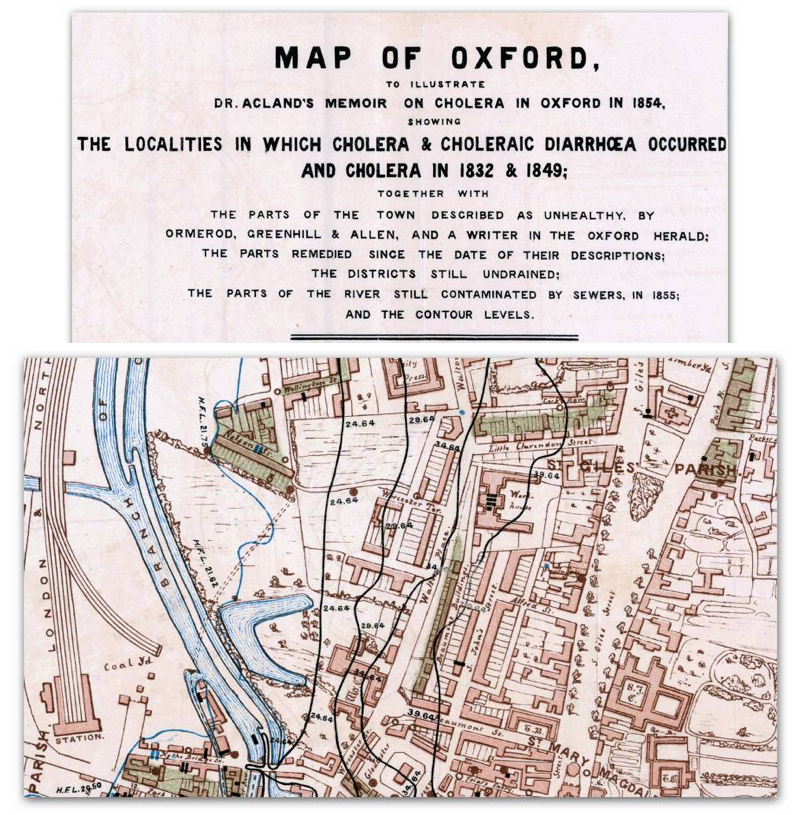 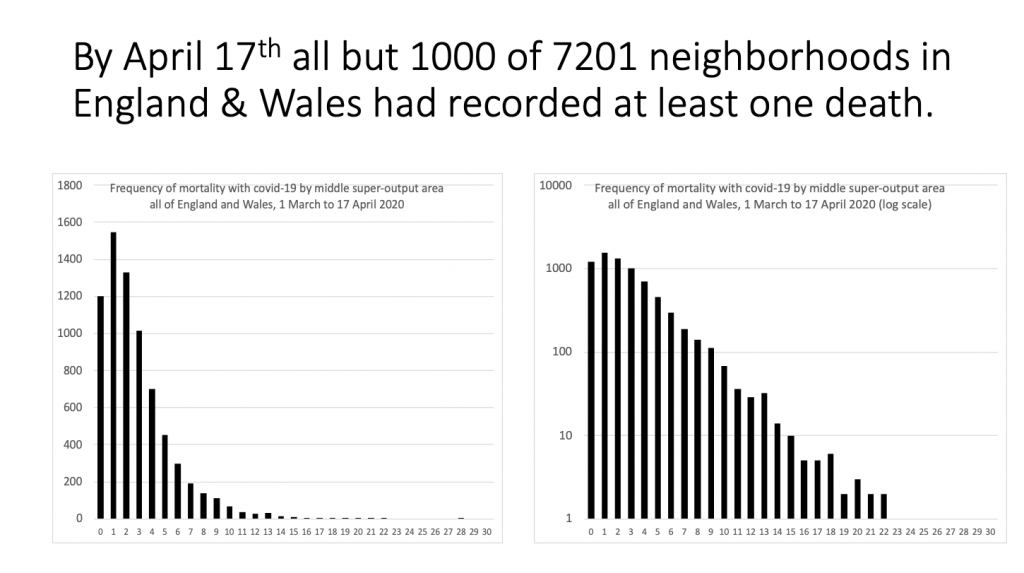 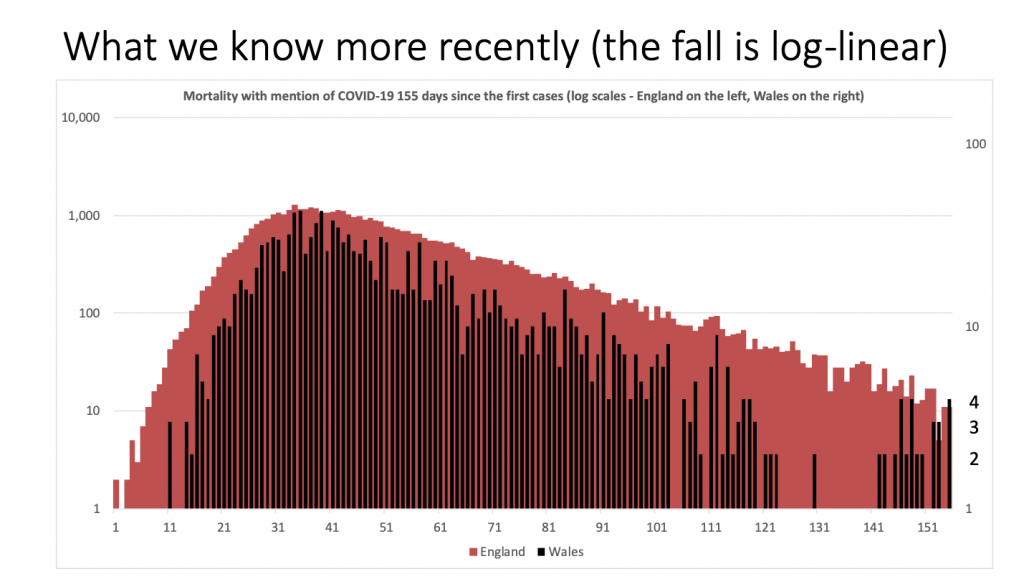 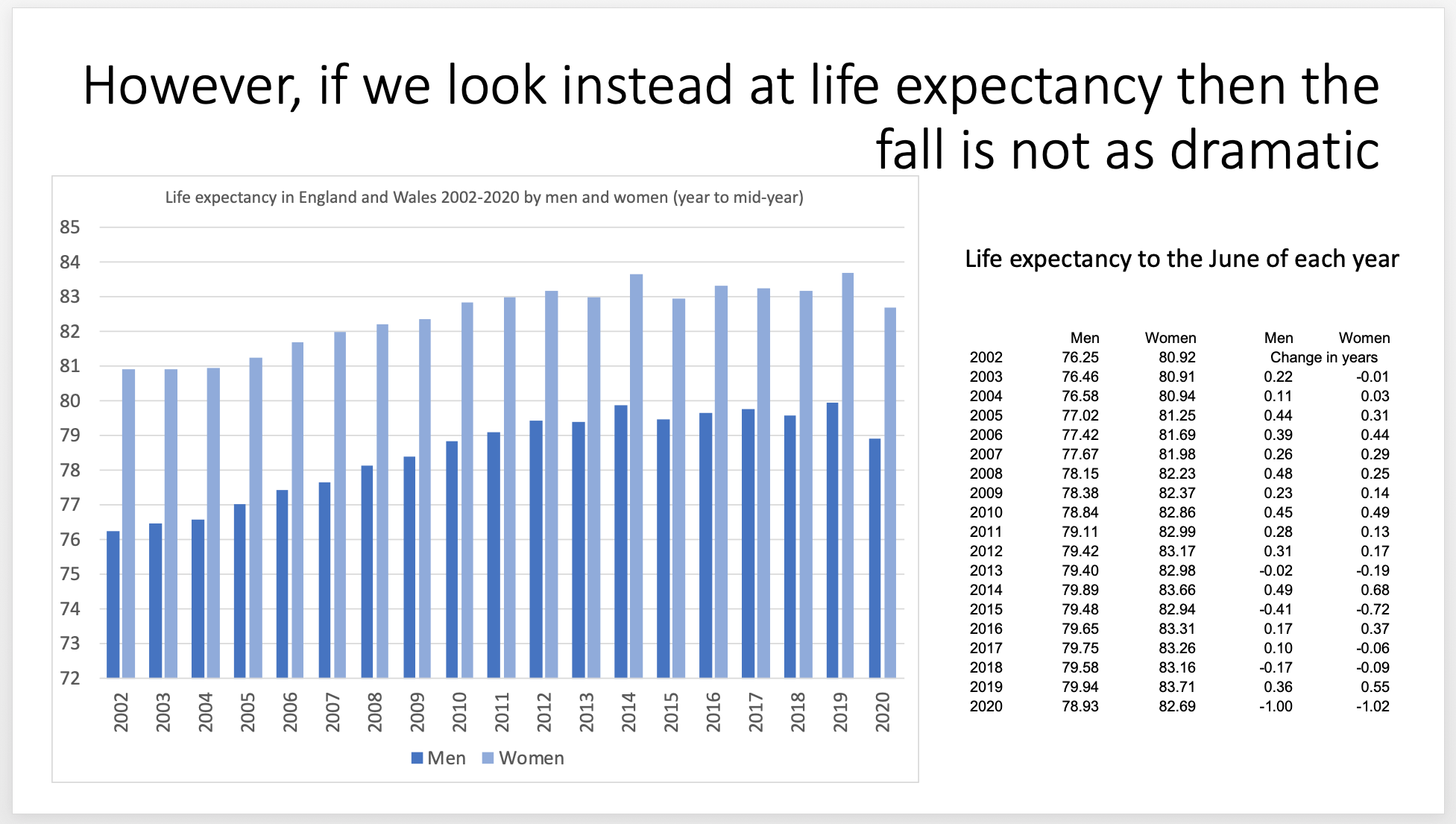 Lif expectancy of men and women in England and Wales in the 12 months to the end of June each year.