Towards the end of January 2018, 60 heads of state or government, roughly 300 other political leaders, and at least 1000 of the world’s highest paid chief executive officers, media celebrities and the like will meet again at Davos in Switzerland. How are they likely to view changing world events and what might matter most to them?

One measure that is occasionally reported on is the global trend in the sale of Swiss watches. From July 2015 onwards the number of such watches being sold worldwide began to fall relentlessly. The slowdown in the earlier growth of such watch sales had begun very soon after sales growth peaked in March 2010 following the global economic crash. The graph below shows this trend and is taken from the 2018 book “Do We Need Economic Inequality“?

This graph was kindly made interactive by Benjamin Hennig and is one of a set of graphs designed to explore current global issues of inequality. The possibility that we have reached ‘peak inequality‘ is discussed at length in ‘Do We Need Economic Inequality?‘

There are many possible reasons for the decline in Swiss watch sales. The kind of affluent men (and some women) who typically buy Swiss watches might be becoming more aware of what people think of them when they flaunt such a watch. Or they might be becoming a little less affluent and simply not be able to buy as often and as many as they used to. Alternatively, they may be saving their money more because they fear for the future. Or forgeries are now far more convincing. No one can be sure, but something has changed fundamentally in the last few years.

The chart above does not show what has happened since February 2017. The total number of sales worldwide have continued to fall and were three percent lower in the year to November 2017 as compared to the year before. However, the earnings from Swiss watch sales began to rise after March 2017, when the value of the Swiss Franc rose against most other currencies. Geographically, the largest fall in sales of Swiss watches has been in the USA in the last twelve months.

Donald Trump will be visiting Davos this year. He wears his own specially branded ‘Trump watch’. When he looks at it, it tells him his name.

Thirty years ago the BBC joked that Mikey Mouse wore a Dan Quayle watch. That was funnier, but it is less amusing to know that inequalities were rising rapidly then to create what we are living with now. Today, economic inequalities of income are possibly at a peak. They cannot continue to rise forever. 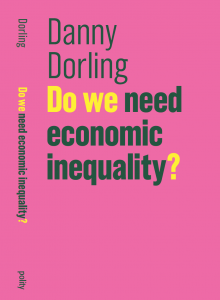