On Thursday 16th November 2017 the Journal BMJ Open published an article which concluded that severe public spending cuts in the UK had contributed to causing 120,000 additional premature deaths between 2010 and 2017. The article was put together by ten researchers who worked at Kings College, UCL and the London School of Hygiene and Tropical Medicine; at the Medical sciences division in Oxford, at the University of Cambridge and in the Philippines.

We had known for some time that austerity was bringing deaths forward, but not that the rate of death associated with the cuts was rising so rapidly. The large majority of deaths associated with austerity had taken place in 2015, 2016 and 2017. Only a third had occurred between 2012 and 2014 and almost none in 2010 or 2011 when austerity was just beginning. There was a dose response relationship. The greater the austerity and cuts to services the more people died earlier than they otherwise would have. Most of these additional premature were of elderly people, but far from all of them.

Life expectancy flat-lined after 2010. It had be rising at a remarkably steady rate before then. After 2010 it barely rose by a month a year for men and just two weeks for women when Cameron was in power, possibly less around when May took over. The latest figures, published in September 2017 were for the period 2014-2016. Women can now expect to live 83.06 years and men 79.40 years. For the first time in over a century the health of people in England and Wales as measured by the most important consideration has stopped improving.

The graphs below show when people in the UK first began to say that their health was declining: 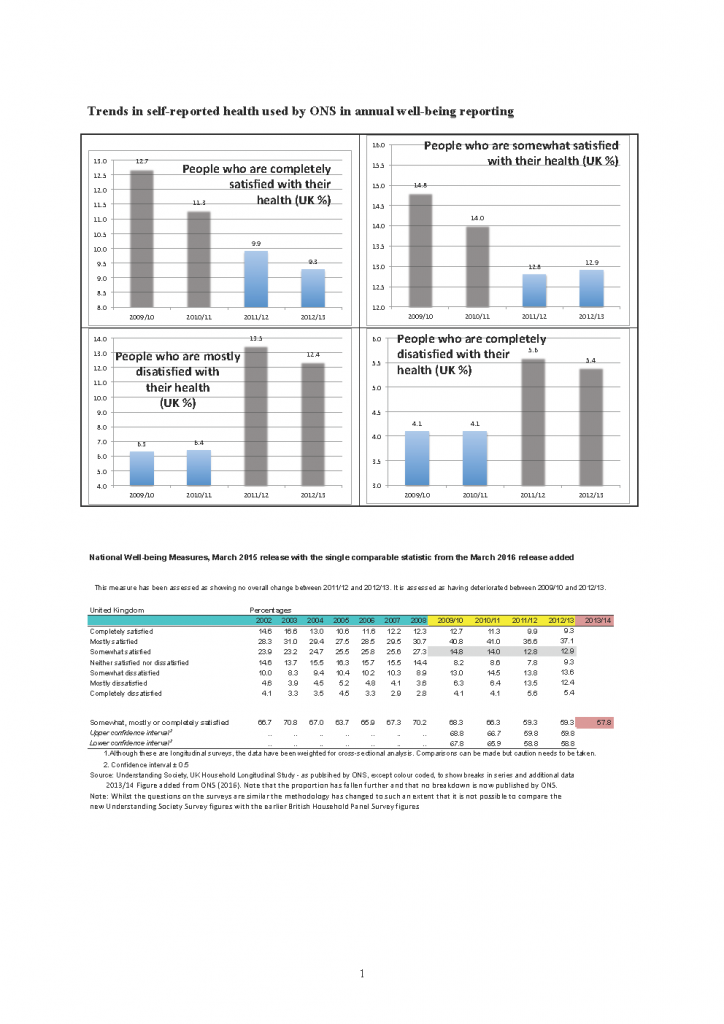