The aim of this book is to inspire a better politics: one that will enable future generations to be happier. While its publication coincides with the 500th anniversary of Thomas More’s Utopia, its proposals are not a utopian wish-list. They are, crucially, a set of policy suggestions that are already in place (or are being tested) elsewhere in Europe; proposals that address the issues that appear to matter most to people in the UK.
In the immediate aftermath of a global financial crash it is hard to imagine great progress, as it also was after the crash of 1929. What I suggest here is in many ways much less imaginative than setting up a National Health Service would have sounded in 1935, or the suggestion also made at that time that full em¬ployment was possible in the near future – but both of those things happened.
Most of the policy proposals I put forward are not fully polished. Some might turn out to be unworkable, while others may not seem bold enough with the benefit of hindsight. None of us can know for sure what propor¬tion of what we suggest will turn out to be misguided, or where we might have hit the nail on the head. That is often only apparent in retrospect.
What is certain is that there is no shortage of evidence, ideas and choices for us to consider if we wish to. There are many policies that we could adopt if we really want to be collectively happier and healthier. We could have a government that makes our lives happier, if we win the argument for it.
The website containing the Free PDF can be found here:
https://www.dannydorling.org/books/betterpolitics/ 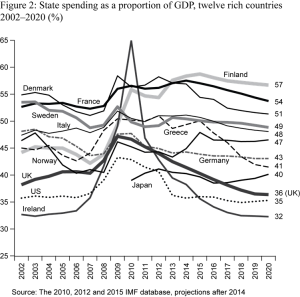