If there’s one thing that drives Generation Rent up the wall it’s hearing stories about their elders snapping up detached Georgian houses in Knightsbridge for a song back in the day. Such stories give the impression that buying a wonderful home used to be a doddle – that they were practically given away for free – only for things to change dramatically and create a situation that is now terribly unfair. For these malcontents I have some words of comfort: apart from one brief period, buying a home has always been hard.

Take this statistic, for example. Of those now in their eighties, only half were homeowners or had a mortgage by their fifties. The others rented. People currently in their nineties had it even harder. So, though it may surprise some young people, the elderly of today also come from the generation when it was the norm to rent.

That story was true before them too. Britain in the Twenties and Thirties was a country in which the population was still coming off the land. Most housebuilding in rapidly expanding cities was carried out by speculative investors for landlords, or by landlords themselves. In most cases, wages were too low to allow people to do anything but rent. Then, when wages rose after the Second World War (when there was a shortage of labour) there was an acute shortage of housing to buy. 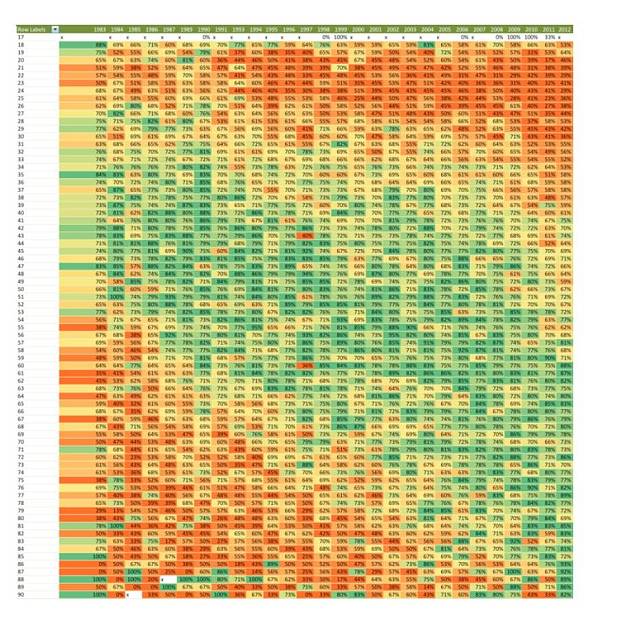 The golden generation of home ownership – an exception not the rule. This chart shows the proportion of people in the UK who live in a home owned outright or mortgaged by date (x axis, from 1982 on left, to 2012) and their age (y axis, from 17 years old at top to 90). Green boxes represents high ownership (greater than 60 per cent). The chart clearly shows the existence of a golden generation of high homeownership, sandwiched by much lower rates. [” target=”_blank”>Get the data]